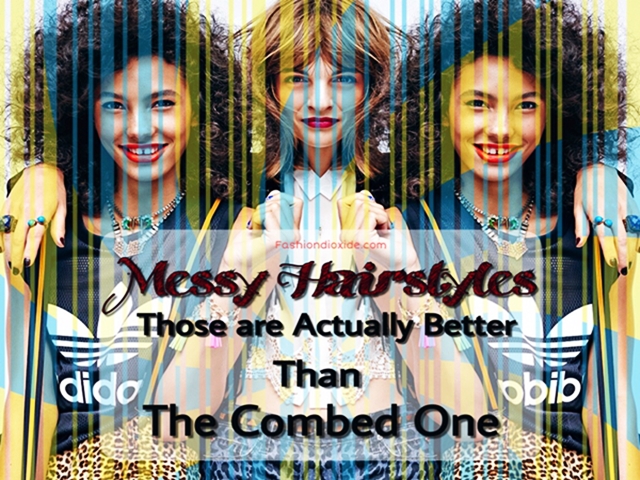 One girl; just name one girl on this planet who wouldn’t love to flaunt the same hairstyle she did neatly yesterday and then the night made her look more beautiful. It was just one night when the princess got too lazy to untuck the hair and slept with the same. Rolling in-n-out through the beautiful dreamy night; princess finally found her hairstyle looked more gorgeous than the combed one with the hair entangled and frizzed up. And she went on flaunting it on the New York streets then! 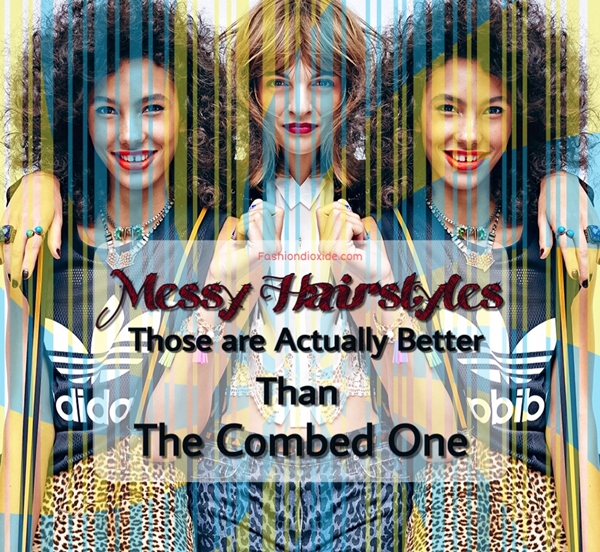 Being effortlessly fabulous is fun that no one can explain; just try it and know it! Wink! These are the messy hairstyles those are actually better than the combed one is a smart move for not spending hours on the ‘dos and still looking hot.

Messy Hairstyles those are Actually Better than the Combed One 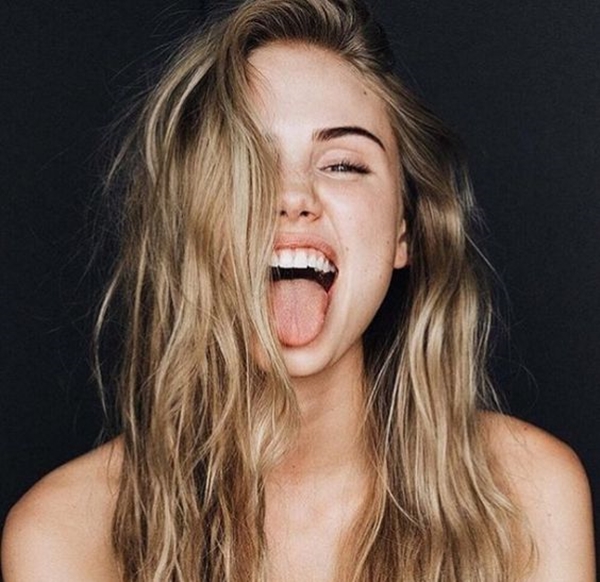 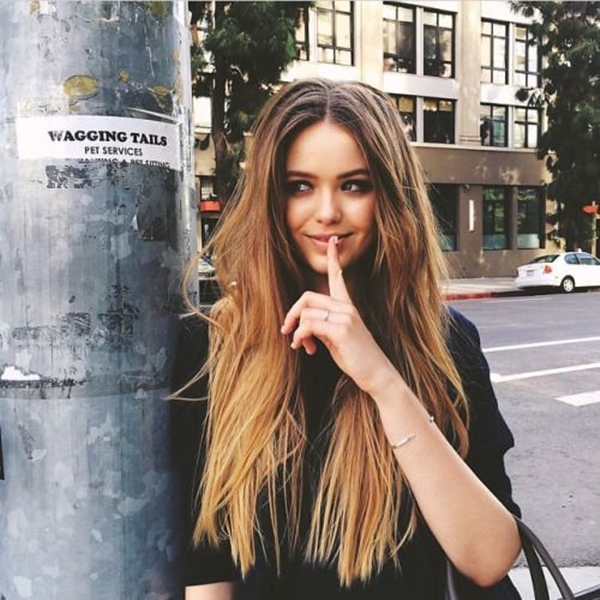 Channeling that badass lady chic-y down the fashion streets with these hairstyles that would be always ready to take on all the time. You woke up from the sleep; part the hair and go! 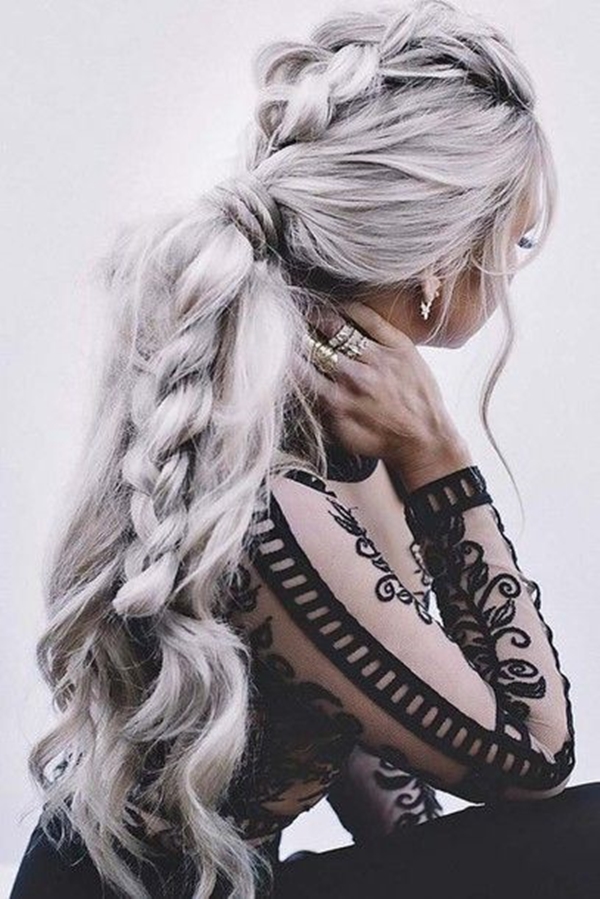 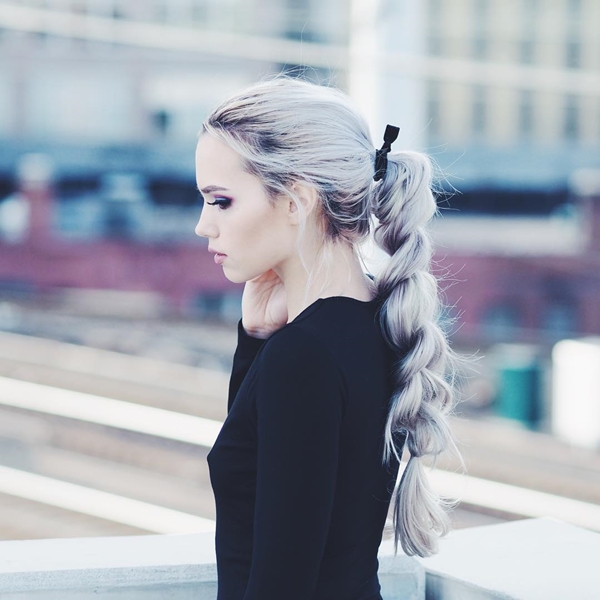 Keeping the combs away was the rule right? How about some additional dimensions then; with these chunky Messy Hairstyles those are Actually Better than the Combed One. Just five minutes and you are looking sexier than ever. 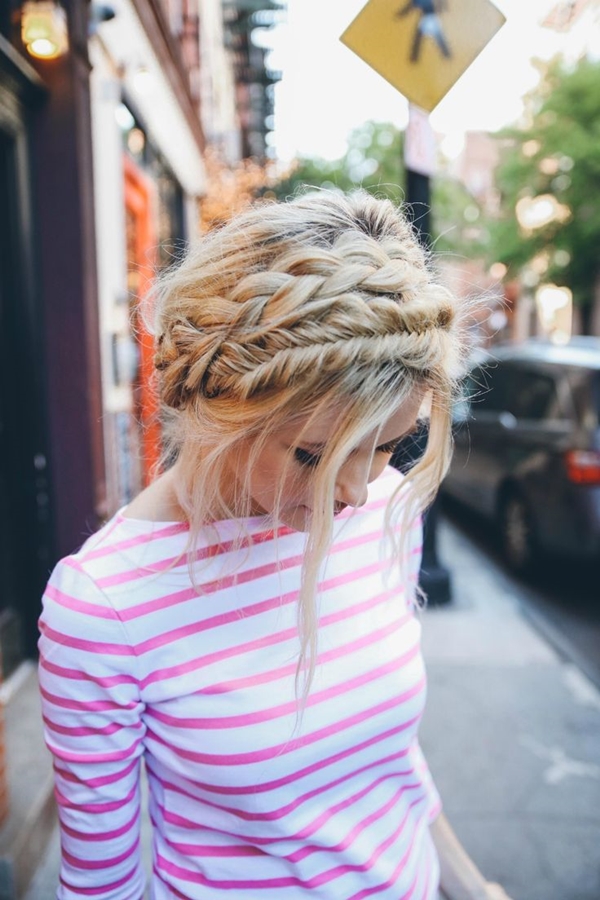 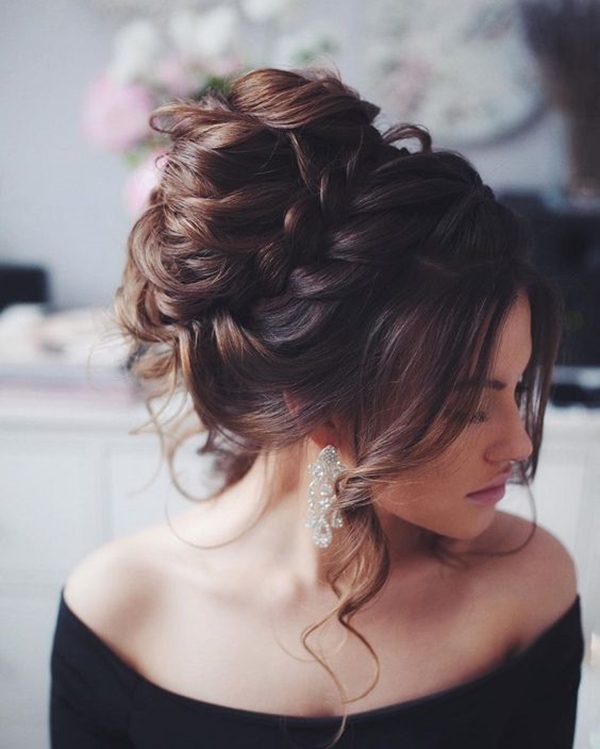 Trust me; going for the lazy-baby route to make the braids into bun is lot better than getting a neatly combed one. Taming your mane is not the thing that makes your hairstyle perfect. Pull out some locks instead and be carefree. Hair playing with air is wonderful and this is what makes the messy hair just perfect. 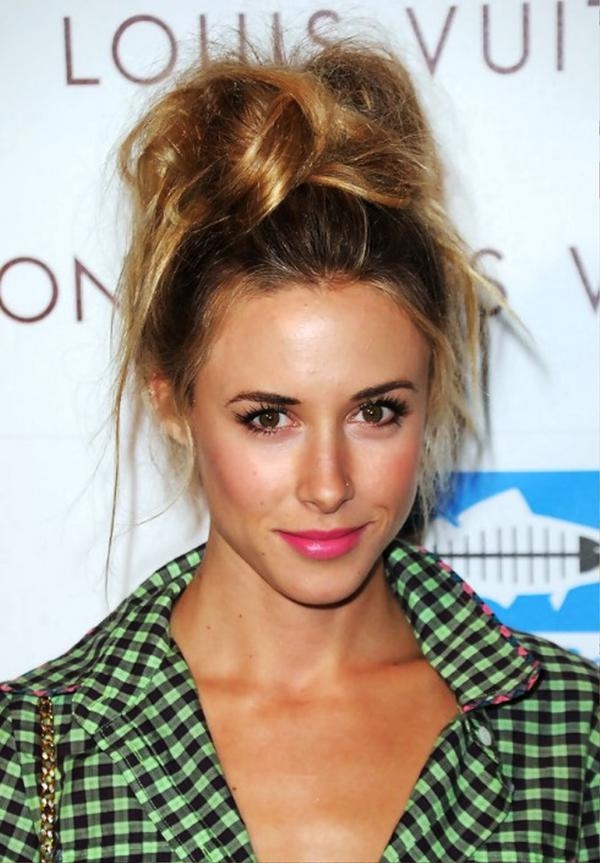 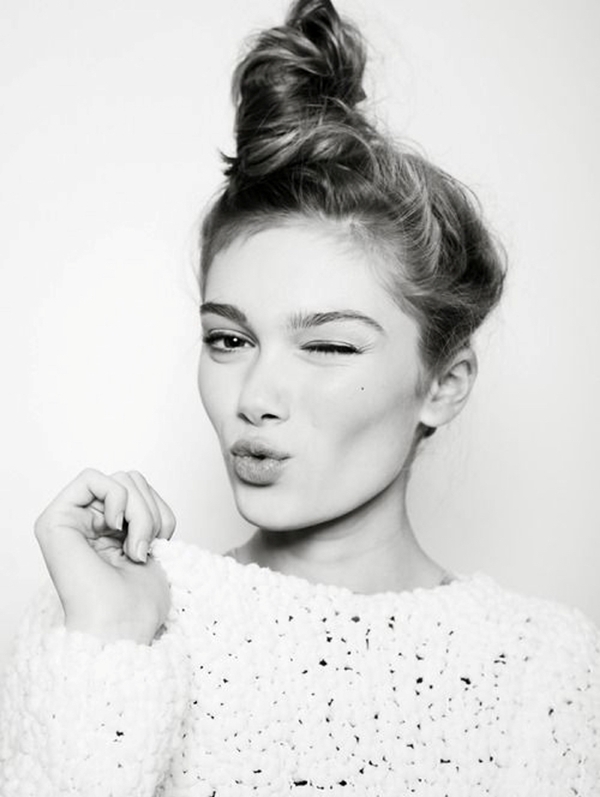 Want some extra oomph? These messy top knots will definitely pull out that ballerina girl out and your Messy Hairstyles those are Actually Better than the Combed One will rock with the classy street-y outfits. 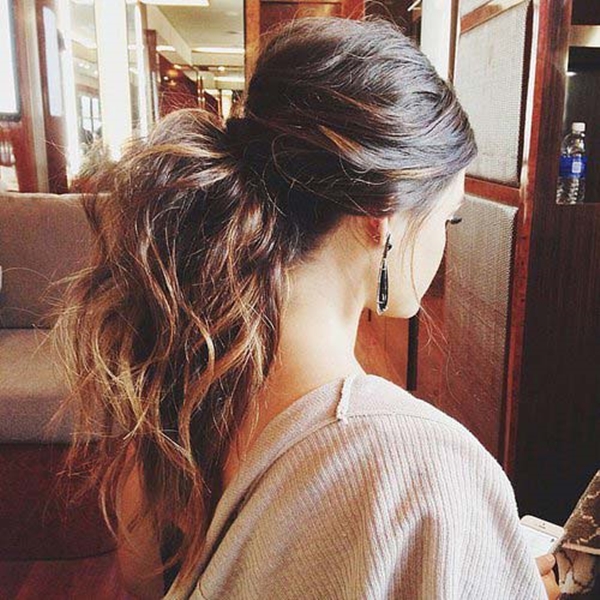 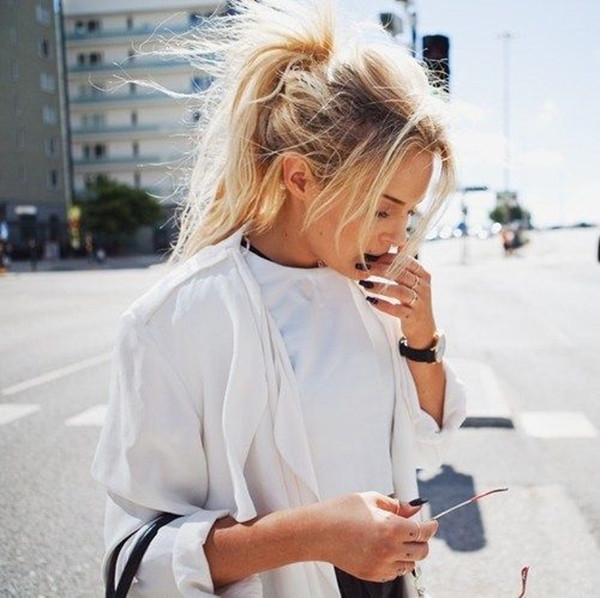 Frizz up your hair and out it in a simple ponytail and pull out the locks face masking that makes you look way gorgeous. You may also add up volume to hair by combing it reversely and then tucking into a ponytail. 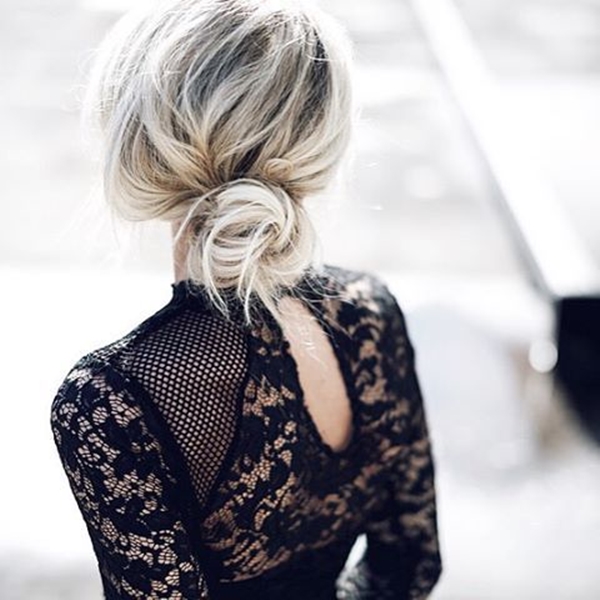 Who doesn’t love the little drive to the road of modernized outfits with the ‘dos having a classy traditional touch? Low head messy bun is the hairstyle you would love to carry at the work and maybe the date after desk! 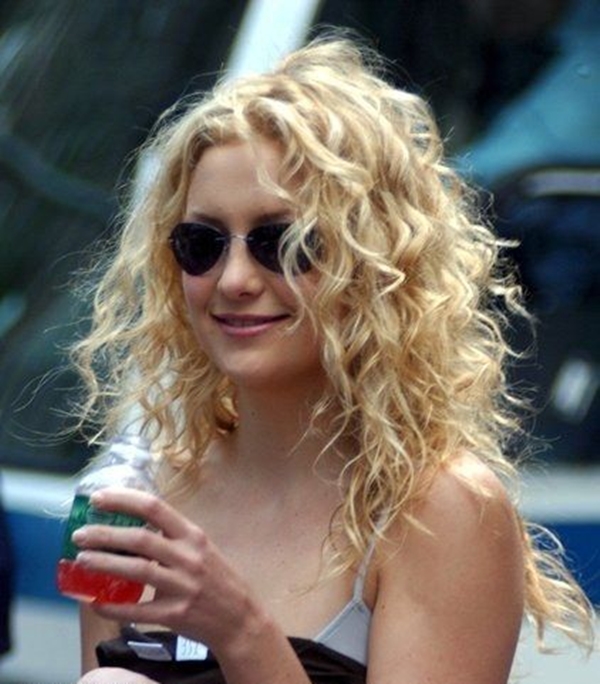 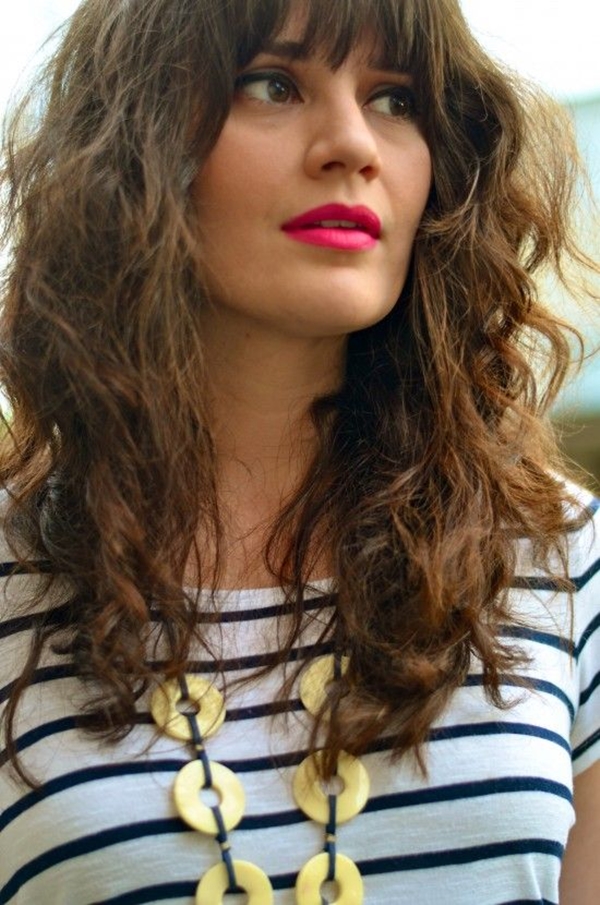 The romantic hairstyles where you got nothing to do but just part the hair and let the hair make love with air. This hairstyle will make an illusion of heavier voluminous hair when curled up and left untouched for days. 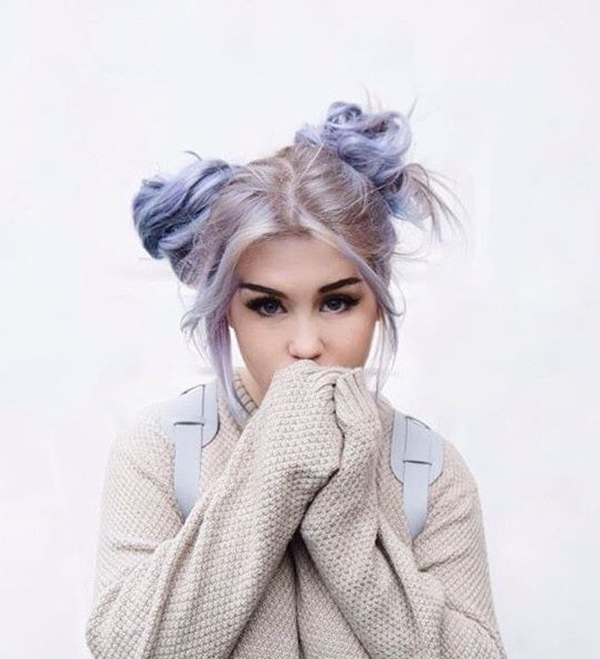 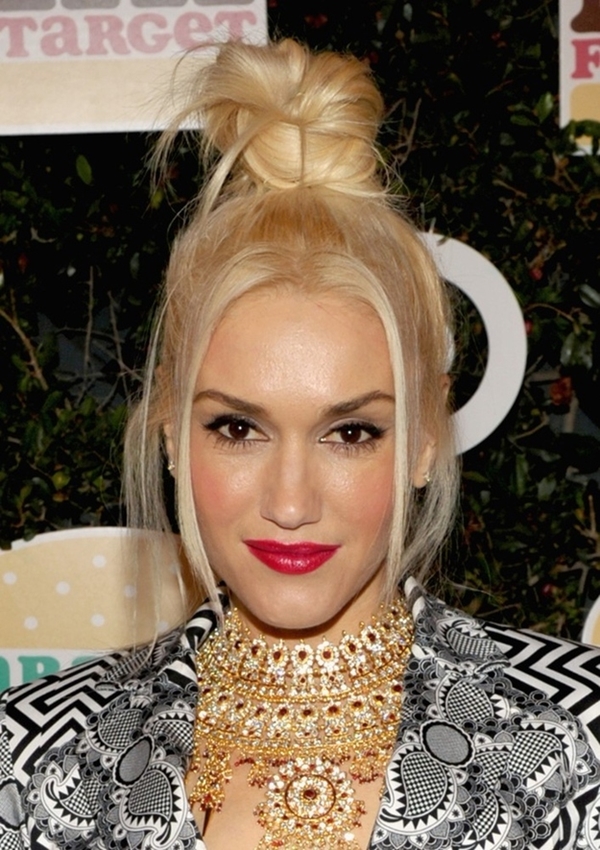 Mid part the hair and make two ponytails with the parted hair. Now, simply twisting and twirling and pinning up the hair will give the pigtail buns. You don’t want two? Grabbing all hair in one ponytail and pinning the twisted buns will look glamorous as well. 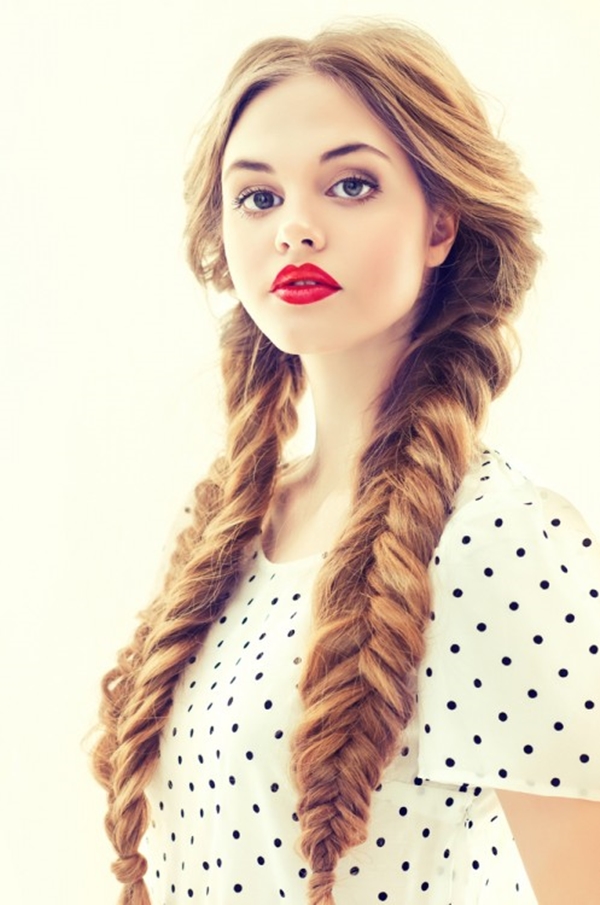 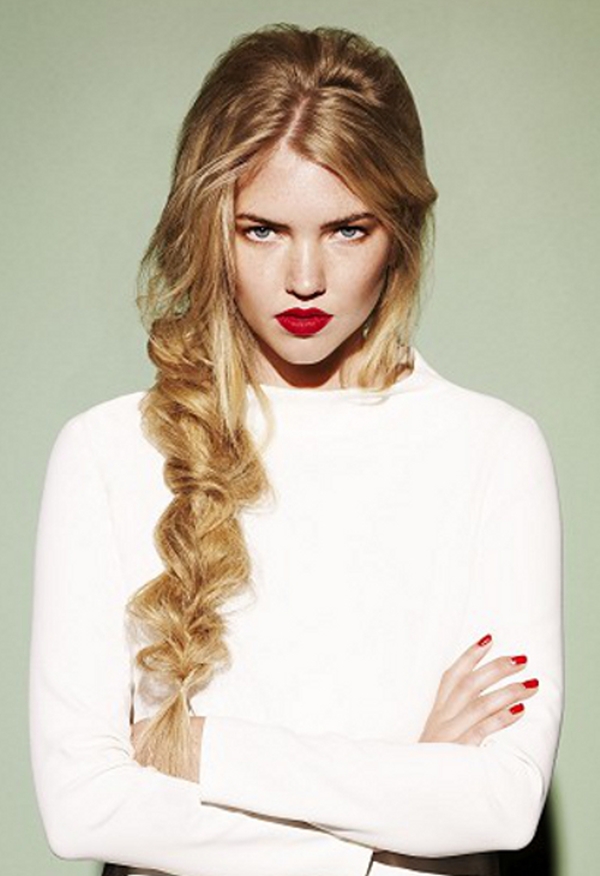 That asymmetric bang is a great idea to style up your messy fishtail braids. Don’t forget to pull out the strands from the braid thereby making it look loose and comfortable enough to carry through the tough day. Quite stunning though! 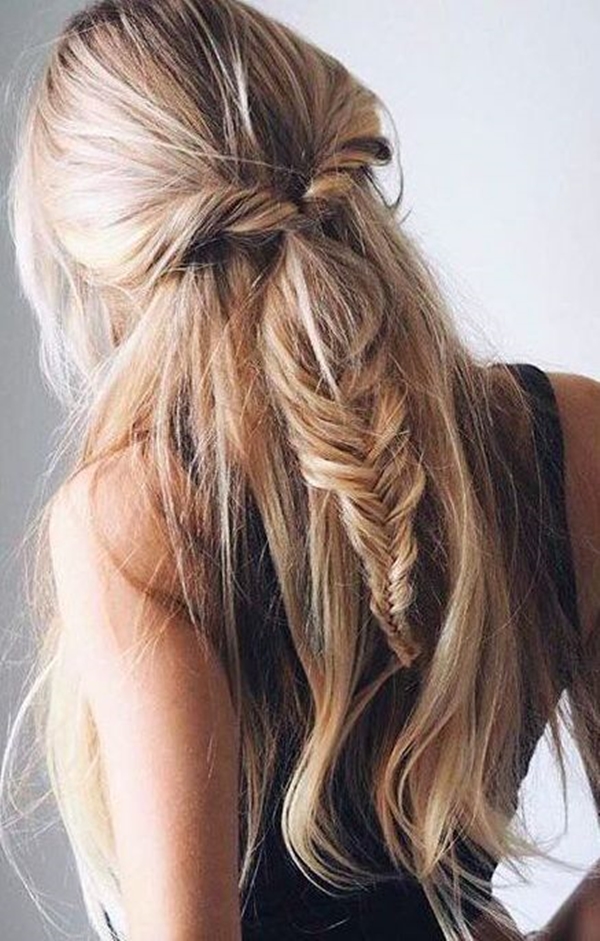 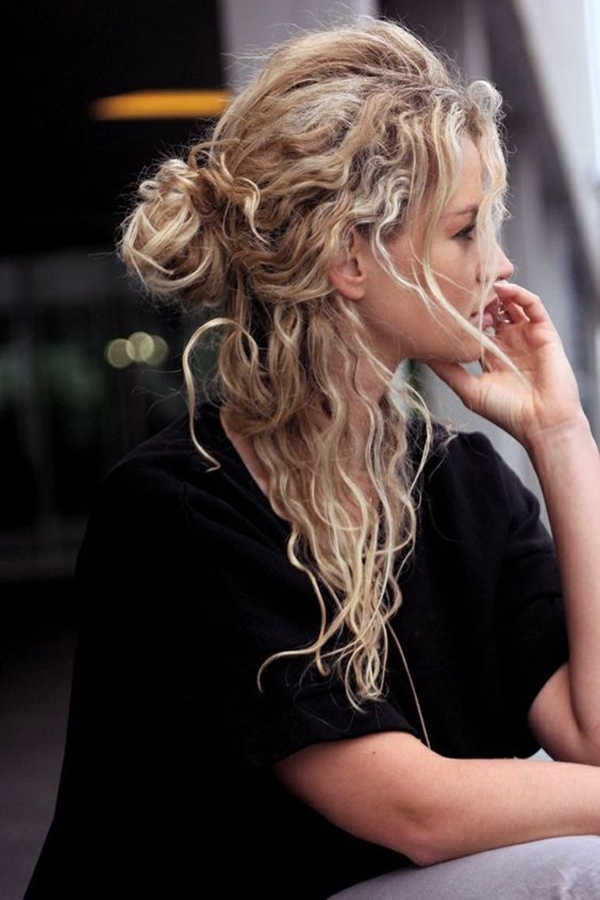 You know what is the most fascinating and trending hairstyle this year? Yeah; these messy half up-do! The up-dos somewhat brought boredom to fashion but these half up-do braid styles and bun chic brought all the oomph back. Life is good with this classy half messy up-do inspiring from the braids and buns. 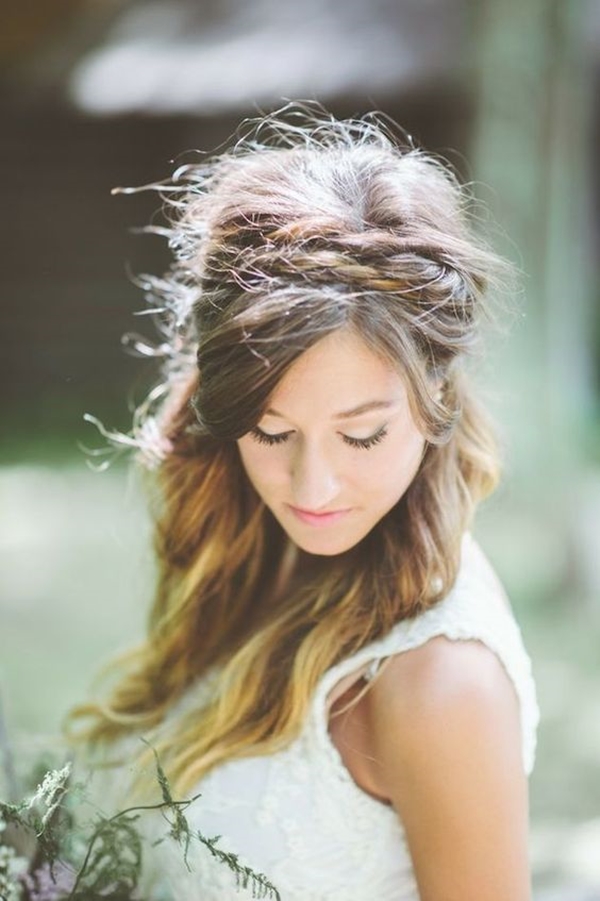 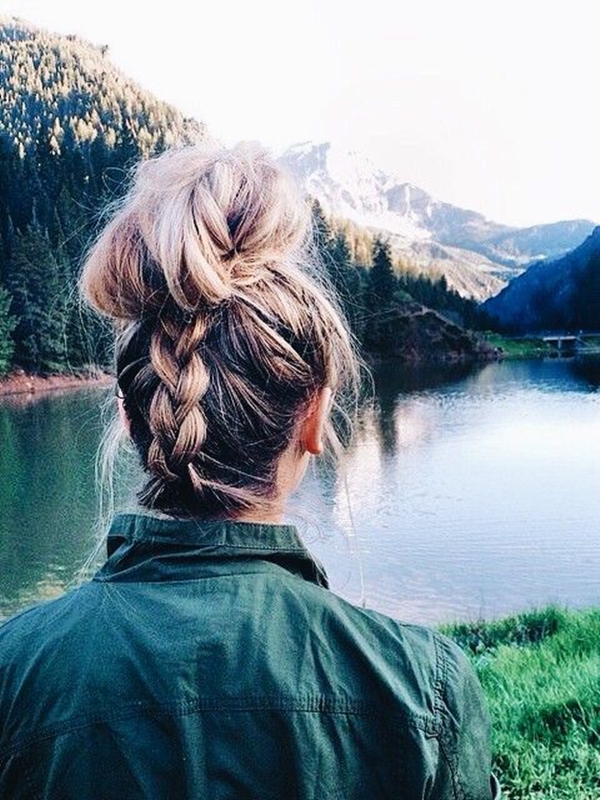 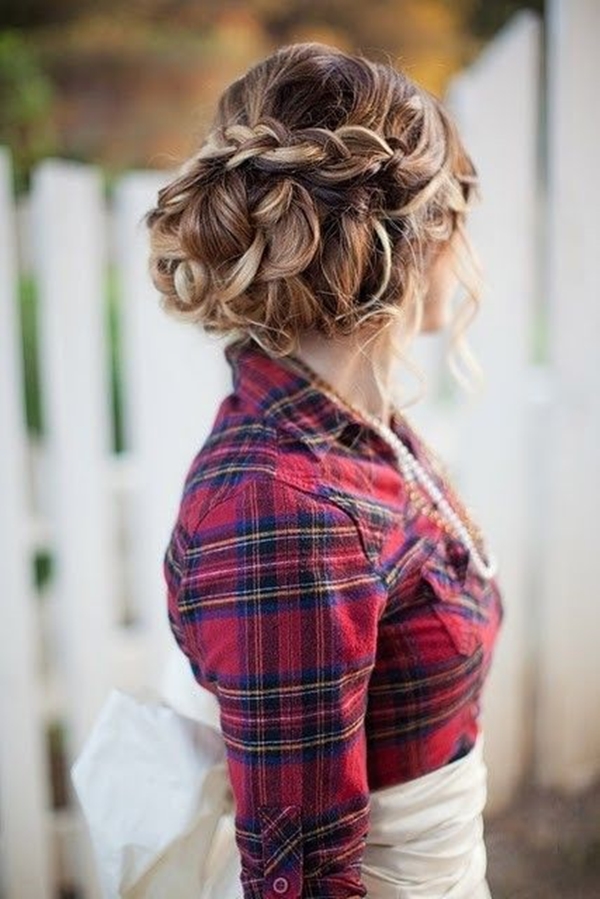 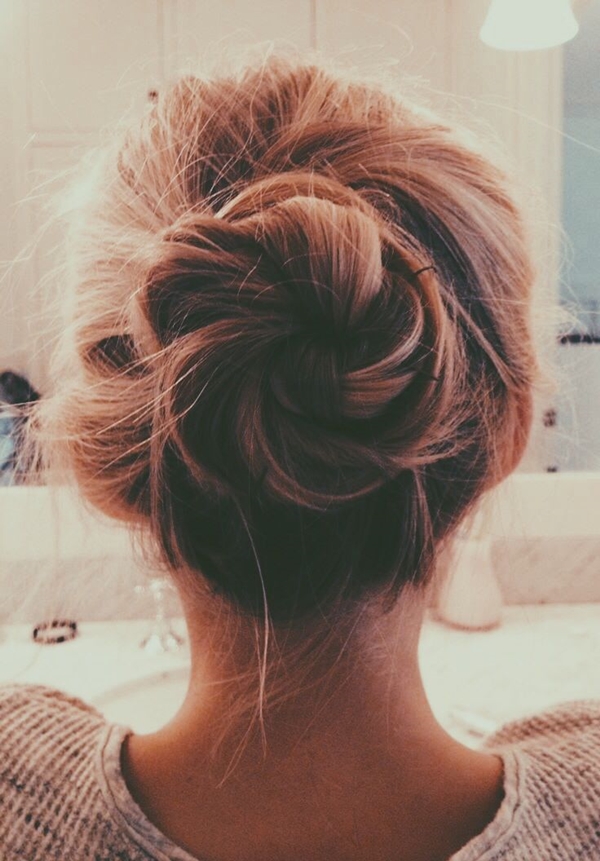 Holidays always keep on flooding up and if not the holidays; then how about going on a party with friends or saying “YES” to him for a romantic date. At least then you would have some reason to grab these Messy Hairstyles those are Actually Better than the Combed One. Wink!