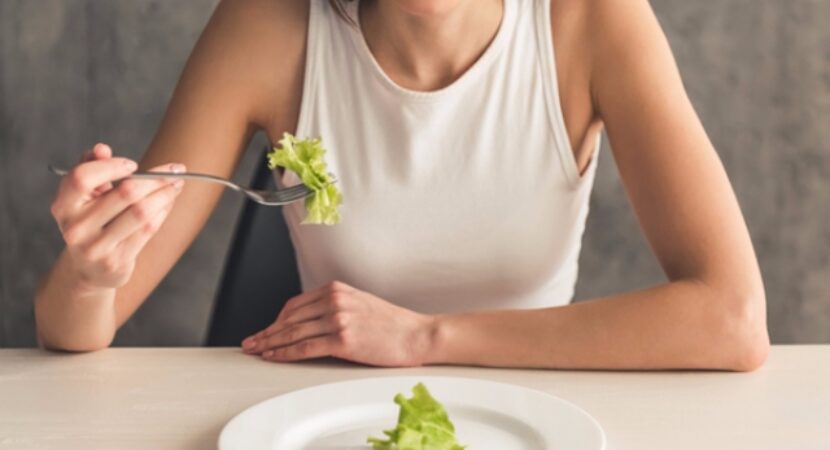 This article was developed via a partnership with BetterHelp.

Eating disorders affect millions of people and, unfortunately, they often go unnoticed and undiscussed as there’s a stigma around them.

Many of us have a complicated relationship with food. It can be a thin line between enjoying chocolate and binge eating it.

Are eating disorders just about eating and food? Not necessarily. A properly diagnosed eating disorder is considered to be a mental health condition. As such, it should be taken seriously. This is especially true as certain eating disorders and disordered eating in general puts people’s health at risk.

Eating disorders tend to follow similar patterns. In general, they derive from an unhealthy relationship with food and an unhealthy obsession with weight and/or appearance. There’s oftentimes a severe self-esteem issue behind them, and social media and popular culture does not help in this regard.

Read on to learn more about five common types of eating disorders. And if you would like more guidance, don’t hesitate to check out the useful resources available online through BetterHelp.

Anorexia is likely the most common eating disorder and also the most spoken about.

Its medical name is anorexia nervosa, and it tends to develop early in life, often during adolesecense. People with anorexia feel as if they’re overweight even if they are actually dangerously underweight.

Anorexia is typically classified in two ways: restrictive and binge/purge. The former involves restricting eating and sometimes excessive exercise in order to lose weight. The latter involves binge eating and then purging.

Bulimia is another common eating disorder that is also widely known. People with bulimia engage in binging and purging.

Bulimia generally involves consuming a large amount of food and then purging it by vomiting or taking laxatives. People with bulimia generally feel like they don’t have any control over their eating.

Binge/purge anorexia and bulimia are similar. Individuals with bulimia, however, may tend to have a more normal weight and it may be harder to obviously identify them as having an eating disorder.

Purging can wreak havoc on the body, including the throat, mouth, stomach lining, etc. from the constant purging.

Binge eating is like bulimia but without the purging.

Individuals who have binge eating disorder are often overweight, as they consume large quantities of food without engaging in the purging carried out by anorexic and bulimic individuals.

People may have psychological issues that are driving their binge eating. It’s also important to recognize how the Big Food industry spends billions on marketing and research in order to make their food more addictive.

It’s essential to get help for binge eating as it can lead to major health problems like diabetes and heart disease.

Avoidant/restrictive food intake disorder (ARFID) is when an individual has issues with eating certain types of food. Because of this “picky” behavior, they may not consume adequate food and/or a healthy diet.

That said, ARFID isn’t simply about being “picky.” It’s enough of an issue that it causes genuinely disordered eating and may have psychological roots.

Bigorexia is a form of body dysmorphic disorder, meaning that individuals with bigorexia do not perceive themselves in an objective manner. Instead, they tend to obsess over their bodies in the pursuit of gaining more muscle and having a more athletic body.

Bigorexia flies under the radar compared to other eating disorders but it’s a growing problem that may affect more young men than young women.