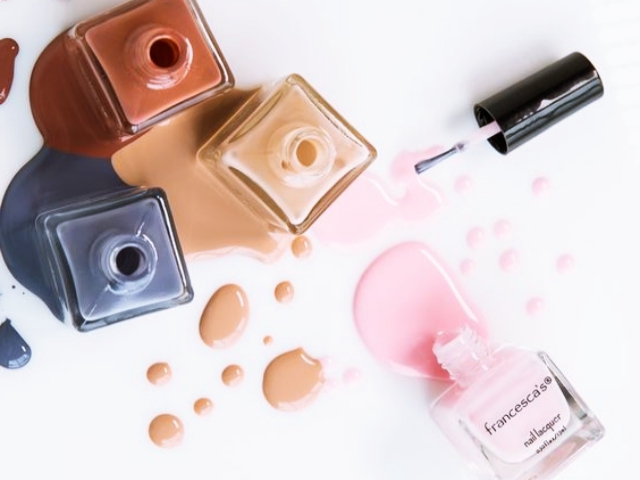 Every brand has a different way of preparing the nail color, but eventually; the base of every type is the same. The smell of which is quite obsessed by a lot of people out there, has one base formula for the manufacturing, the same kind of chemicals used, and the same kind of liquid that comes by as the by-product! If you have ever wondered what and How Nail Polish is Made, then you are not alone. A lot of us wonder, and we have finally compiled the procedure. Nail paints have a standard to reach, and the products are used accordingly. Few of the steps are discussed below:

How Nail Polish is Made | Materials, Manufacturing and Quality 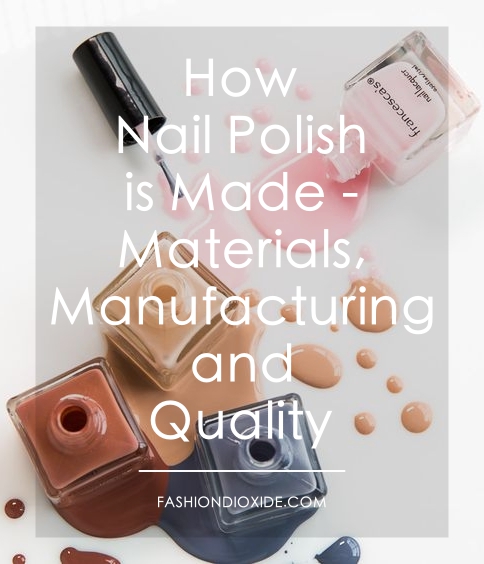 The Ingredients to Make Nail Polish:

Nail polish has one thing that is certain to do, that is sticking to the nail for as long as it can. The film is created atop the nail so that helps it protect the paint from getting washed out by sweat and water ! The film is created with the help of Nitrocellulose which is also called explosive content because of the chemicals. Nail polish can also act as explosive, to begin with. So the first thing is Nitrocellulose. You may wanna read all about the varying nail shapes and what suits a specific mood?

Nail paints do dry out, but that happens after a lot of time and negligence. Why is it that nail paints have flexibility in them and are easily blended into any shape, as the brush? Well, that is because of synthetic resins that actually add plasticity to the component and add flexibility to it. They should not just sit on the surface they are applied to, that is why plasticity is used.

The colors are nothing but pigmented dyes. The same dyes that are used in the case of clothes and other certain accessories. The dyes have this one main concept- they should not wash off easily. Of course nail paints do peel off after certain time, on the nails; but that is something that cannot be averted. One thing that still can be right into the idea of nail polish is that time of it peeling off is pretty long. For that, dyes are used with properties like- Solvent evaporation etc. 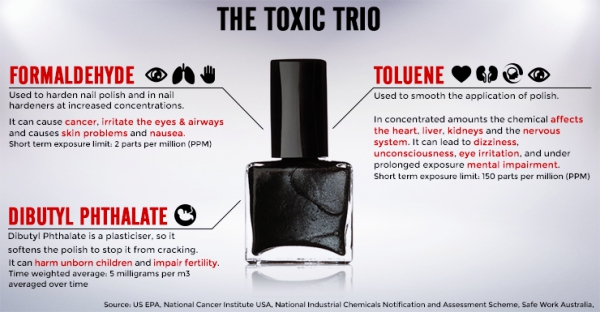 Butyl Acetate or Ethyle Acetate is what basically used in the chemical formulation of Nail Polish. Nitrocellulose is mixed with Ethyle Acetate that add on the feature of shiny film in the liquid. However, the liquid polish is turned to solid since the Acetate solvent is evaporated as soon as exposed to air. 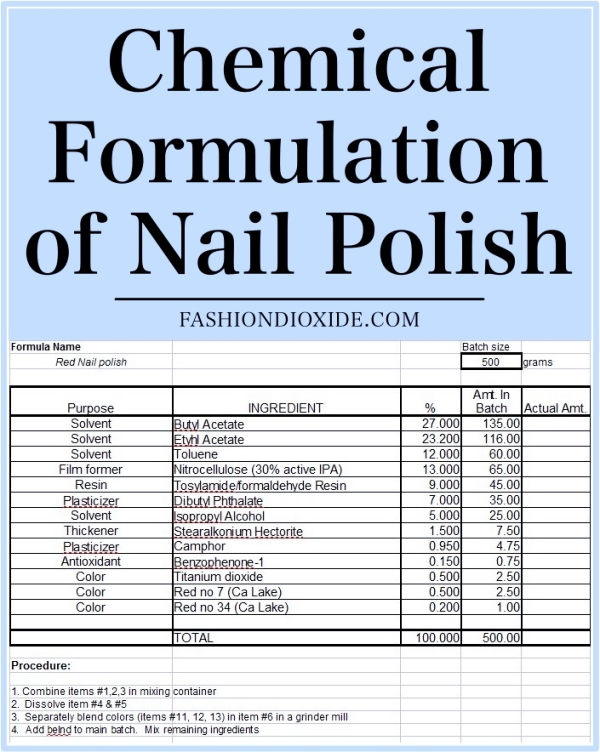 Preparing of the Nail Polish:

The preparing of nail polish is quite a process that takes time to finally turn down in to a final product. It starts with processing the basic pigment or the base of the entire polish! It begins with crushing or grinding the nitrocellulose and the resins together to create a mixture which further can be processed without having the base to break down into non-pigmented components. Hence, the main thing that is used here is the grinding machine which then mixes and properly grinds the two potions we have for the miracle product!

Now, this product that has now been taken from the grinding machine is not in a liquid state. It needs to be made in to one with the help of a solvent. The solvent must be the one that is able to evaporate after serving its purpose there. So yes, the first thing that is now done is moulding the above formulated nitrocellulose and resin mixture into thin sheets and then mixes it up with the solvent. The solvents are usually explosives, and hence are needed to evaporate. After having the solvent mixed, the nail paint is now in a liquid form.

The liquid form is of no color, odor and basically just nothing that will result into a nail polish. So, the further procedure is to mix it with plasticizers and other decorations and additives needed. This includes taking in consideration the amount of plasticizer that must be used. This is also dependent on the company. Lots of companies do not prefer using a high end plasticizer because that is not feasible on the company’s end! Artificial colors and all are added in this step! 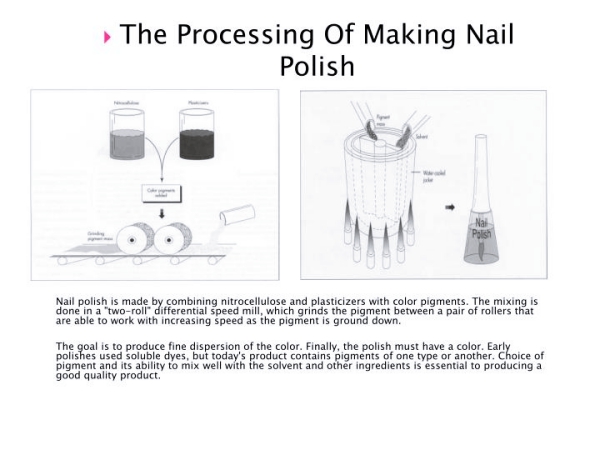 How are The Properties Controlled?

The first thing that the company would want is the quality to be somewhere between their profits and their investments. They obviously look forth in to this matter, with concern. So how is the quality controlled? Women actually do a lot of chores and work a lot, there’s this chance that they might not compromise with their nail color quality. In any given temperature, the polish should work all the same. The continuous lab tests and careful mixtures of the ingredients helps get the desired result and quality.

Quantity and pricing according to the customer’s expectations; are always the terms that go hand in hand! A small bottle of nail polish costing a bomb to the customer would only mean a lot of loss; because the customers wouldn’t turn up to buy this brand! Pricing according to the size and the customer’s need is what the primary thing to focus on is. The constant surveys up in the market with the help of their agents sets this thing just right. The company’s agents help them find loyal customers and their reviews are taken down.

We, all women, have loved nail paints for a long time now, and now that you know How Nail Polish is Made; we believe you would love the paints even more now. Get those strokes on point now, now that you know it is just a play of chemicals and correct mixture.