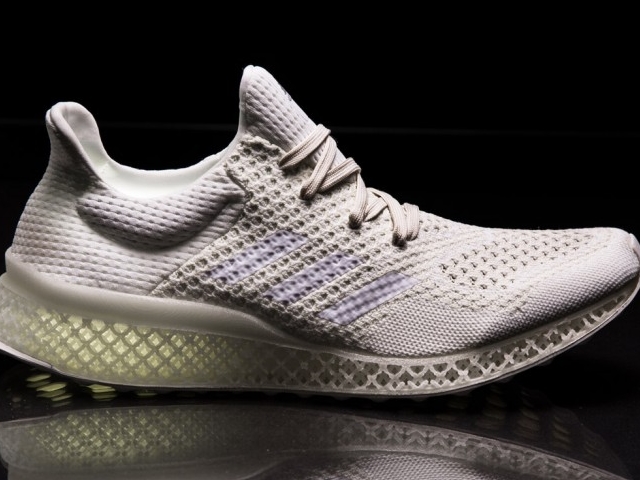 Footwear is an important aspect of our lives and running shoes even more so. Whether one runs occasionally or every day like a morning ritual, everyone owns at least a single pair of running shoes. And though they cover the feet, there’s a reason why running shoes are different than the other type of shoes. Here you will learn All About Your Running Shoes and what makes them different from others. Read all about the best running shoes here. 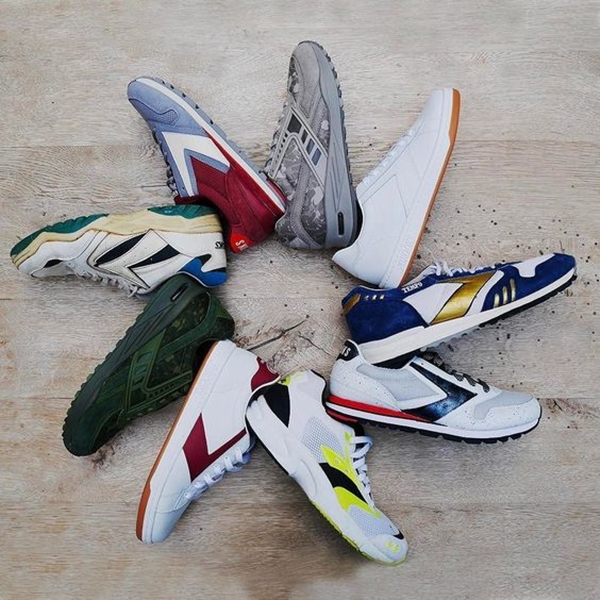 This is the age where almost everything holds an aesthetic value. From the head to toe, every single thing on your body adds a part of that value to your slate. Same could be said about the running shoes. Although these are something that is made with comfort and health in mind, manufacturers haven’t compromised them in the department of style. Sneakers are the biggest example of this.

All About Your Running Shoes 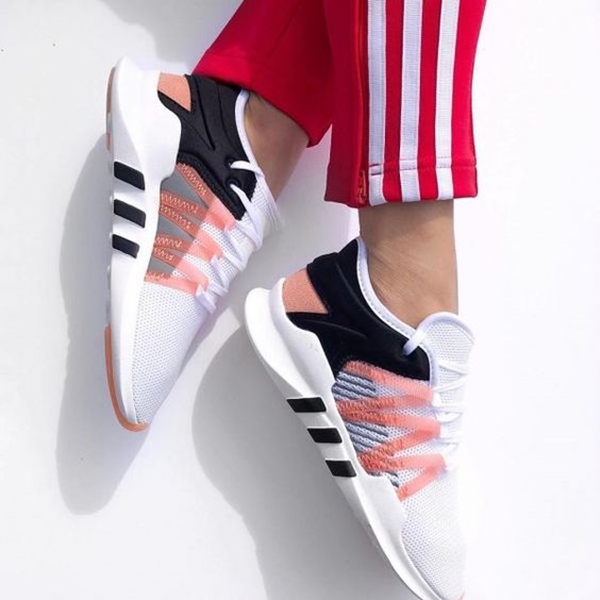 It’s never fair to move forward without mentioning the history behind these running shoes. It is not until mid-eighteenth century that shoes started to appear in historians’ notes and findings. The first sneaker appeared in 1900, and was made from canvas and consisted of rubber rim. Though the rubber cushioned the effect of running, it didn’t last very long and the leather shoes were born. The leather shoes proved to be expensive and hence were declared to be not the ideal fabric as well.

A German shoemaker, Adolph Dassler took matters of athletic shoes in his hands in 1925 and along with the support of his brother, Rudolph, founded a business that provided excellent quality of running shoes. Their shoes with their great arch support and speed-lacing became the favourite of many prominent athletes of that time. The two brothers later separated their businesses and we got two of the most famous brands of all time, the Adidas, and the Puma. Read more about how to sport some sexy boots in the winters.

But the progress of shoes didn’t stop there. As the time passed, the running shoes started to develop, unlike anything. The shoemakers started taking everything into consideration from the impact of running to the shoes that will prevent the possible injuries. The shoes started to become lightweight since nylon replace the canvas as a primary shoe material, they became more comfortable and stylish with their sleek designs. Today, everyone wears these not just for running but as a symbol of style as well. Here are the different shoes that every woman must own. 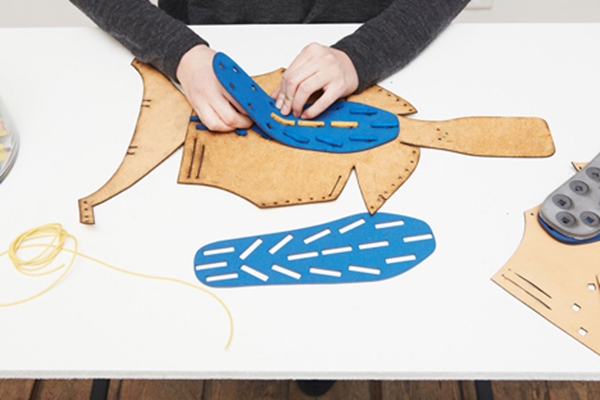 You must know when it comes to the running shoes that there is no just one material in the equation. A lot of things are brought together to produce this epitome of style and comfort. The running shoes have the upper part which holds the foot in place and is comprised of different materials like synthetic leather and reflective material for durability as well as safety. Nylon is one of the most used synthetic material or the suede while the use of fabric is mostly limited to laces. The shoes have three layers of soles that are: insole, midsole, and outsole. Just like the running shoes, heels are also a part of every woman’s wardrobe. Check out these cool ideas to wear them easily to work.

Ethylene Vinyl Acetate (EVA) forms the thin layer of the insole. The midsole is what that can be said the most important part of the shoes since it is responsible for the cushioning. While there are different materials used here by different manufacturers, the most used ones are the dual-density EVA and polyurethane. The outsole is the one that protects from rocks and is generally made up of a hard rubber known as carbon rubber and the soft and more cushioned rubber known as blown rubber. 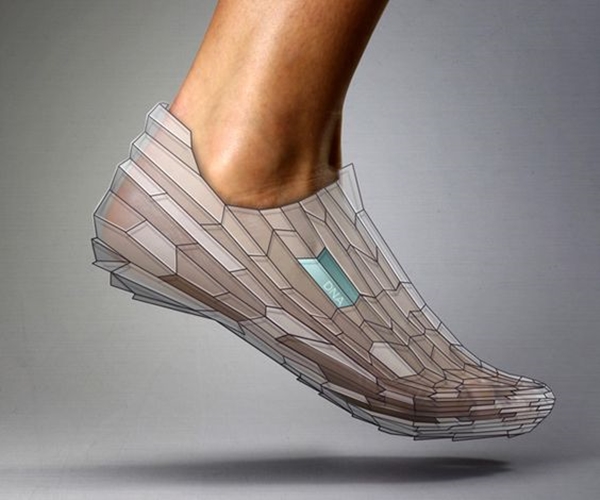 If you observe the feet, you’ll realize that the feet are not straight but slightly curved. The shoe manufactures hence produce running shoes of different shapes such as straight and curved. There are generally three shapes of shoes that are straight, semi-curved and curved. Each of the shapes varies and has their own characteristics. Not to mention that this variation makes it easy to find shoes for every type of feet.

As for the design of the shoes, I stated earlier that the shoe has the upper part which covers the top and sides of the foot and the bottom part comprising of soles. On the upper part, there is the feather line which connects the mudguard to the sole of the shoes. The thing that gives the shoe its shape is the vamp. Then there is the lacing section beneath which lies a tongue that forms the barrier between the feet and the lacing section. Vamp is also attached to the saddle or the arch bandage of the shoes while at the back of the shoe is the collar.

The Process of Manufacturing

Behind every shoe, there are lots of hands, literally. It’s no wonder they are expensive given the hard work of the labors behind producing it with utmost precision and skills. Different shoes require different techniques to manufacture but mostly all the running shoes are made by the cold cement construction process. In this process, the insole of the shoe is attached to the upper part using cement.

The best materials used for the running shoes are the Nylon mesh or breathable knit Polyester. Some are also constructed with PU leather reinforcements. Suede is also a great material for the running shoes. The steel cutting dies are used to cut every part of the shoe from the rolls of the synthetic fabric. Each of the different parts of the shoes is collected and formed a kit which is then sent to stitching department. While we are talking about shoes, let’s not ignore the poor socks. Read more about them in this amazing guide.

These different parts are then stitched together and a tongue is added. The upper part is then cemented to the sole. The upper part of the running shoe is steamed and is fitted around a last which is the plastic mold responsible for the final shape of the shoe. A second lasting machine pulls the heel edge and the upper and insole are cemented together. The layers of the sole are cemented together and then they are cemented to the upper which is lasted tightly. A footbed is then slid inside the running shoe that might be a molded EVA or a flat sheet of foam. Speaking of running, you might want to have a look at these wearing sexy yoga pants.

Now you know all of the insides out of your running shoes. After a lot of painful processes, you get those stylish shoes so make sure they are not just lying there idle. Wink! And if you think your shoes are old now, just upgrade them with these simple and easy ideas.