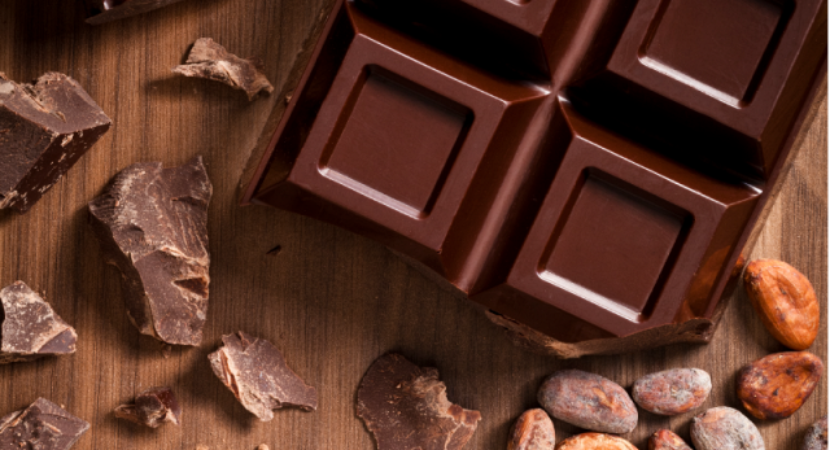 Chocolate is undoubtedly the most popular treat in the world and probably one of the greatest people’s food obsession. People have known this delicious confection for centuries using it as currency, aphrodisiac, stress reliever, or simply a guilty pleasure. Today’s manufacturers offer a wide range of chocolate products such as organic cocoa powder, chocolate chips, bars, fit powders, ice cream, cookies, and much more.

Today’s chocolate market has plenty of enthusiasts and the producers’ revenues are recorded from billions of dollars. Here are some interesting facts about the consumption of chocolate in the world.

For many people who underestimate the power of chocolate, it may be hard to believe that this industry is worth over 108 billion $. One of the reasons for such big growth is the fact that chocolate can be used in many ways. It can easily be added to beverages, alcohol liqueurs, foods, breakfasts, desserts, sweet & salty snacks, and all in between. 16 from 20 top cacao consumers are European countries and during 2019 they spent $17,1 billion on imported chocolate, which is 60% of the global total chocolate spendings.

Candy industry published the 2019 ranking of the top chocolate manufacturers. The first on the list is Mars Wrigley Confectionery, division of Mars Inc from the USA with $18 million net sales. The company produces well-known candy bars, such as Mars, Snickers, Twix, M&M’s, Bounty, or Milkyway. The second on the list is Ferrero Group based in Luxembourg /Italy, with $13 million net sales. The company specializes in famous Kinder products, Rafaello, Ferrero Rocher, Nutella, Duplo, Tic Tac, and more. The third place belongs to Mondelēz International, also from the USA, with $11,800 net sales. Their most popular products are Oreo, Milka, and Alpen Gold. These three are the top chocolate manufacturers in the world.

Every nation loves chocolate but some countries definitely are the biggest fans. The most cacao loving country is Switzerland where a single person consumes 22.36 lbs a year. In fact, Switzerland has always played an important part in the chocolate industry. It’s the country where milk chocolate has been created. The second country most obsessed with chocolate is Austria with a consumption of  20.13 lbs/yr. And the third place belongs to Ireland with a score of 19.39 lbs/yr.

When you first think about the most chocolate-consuming holiday, what is it? Most people would bet on Christmas, as it’s always considered as a day full of food and sweet treats. A lot of people also point to Valentine’s day because it’s really typical to prove your loved one with lots of chocolate, which also works as an aphrodisiac for many couples. Still no. Even Easter is closer to winning with nearly 71 million pounds of chocolate candies sold during the week before Easter. However, the research made by The Nielsen Company shows that the winner holiday is Halloween with almost 90 million pounds of chocolate candies sold during the last week of October.

There are some interesting chocolate facts that most people have no idea about.

First thing is, white chocolate is not chocolate. Indeed! White chocolate contains neither cacao solids nor chocolate liquor. It majorly consists of cacao butter which is not that healthy.

Chocolate is love! Chocolate contains a chemical compound called phenylethylamine. This substance releases certain “pleasure” hormones – endorphins in the brain, that, as a result, make people feel good. People experience the same feeling when they fall in love.

A long time ago The Aztecs loved and valued cacao. They believed it was the food of the gods and used cacao beans as a form of currency during the height of their civilization.

Chocolate has been with us for centuries and will always have the army of its fans.