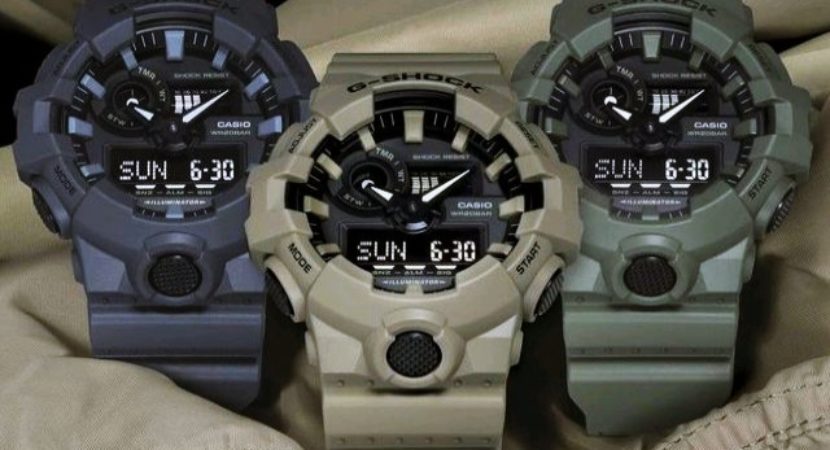 One of the biggest trends from the Spring/Summer 2020 fashion shows has been military-inspired fashion. The military has always had a profound influence on the fashion trends we choose to embrace. While it may be common belief that military fashion is limited to cargo pants and combat boots, there are, in fact, a plethora of military-inspired clothing items and accessories that are worn by men all across the world. One accessory that has very strong military connections is the wristwatch, which has enjoyed a profound climb in popularity since it was first used by the armed forces at the start of the 20th century.

The wristwatch we know and love today has a very colorful history that is deeply rooted in the military. On 9 July 1916, the New York Times reported a somewhat strange phenomenon: an increasing number of Europeans were wearing bracelets with clocks attached to them. Up until that time, the wristwatch was frowned upon by most Americans. The silly fad was to be no more, however, as two years into the First World War, the wearing of watches by soldiers was made necessary by the telephone and signal service. Thanks to rapid developments in communication-related technology, forces have been enabled to coordinate their movements with greater precision, which in turn required troops to establish the time with a quick glance. The only logical place to put a watch that will allow for quick glances was on the wrist.

Soon after wristwatches became widely used in the military, European soldiers started fitting theirs with reinforced, unbreakable glass to prolong their life in the trenches, while radium was added to illuminate the display in the dark. By the end of WWI, a number of watch manufacturers were focusing their efforts on designing watches “for men with the promise that this watch could make a man more soldier-like, more martial, more masculine.” Today, brands such as Luminox, Seiko, Timex and T1 Tact are producing watches that are not only used in the military, but by countless individuals embracing a military-inspired style of fashion as well. Military tactical smartwatches are becoming especially popular among the trendy, as they are not only very stylish but boast a range of nifty functions. Some of the most popular functions include clear time and date display, phone call alerts and text message notifications, a pedometer, GPS, compass, and even a remote control button for your camera.

The military influenced a range of other accessories too

While tactical and field wristwatches are without a doubt amongst the most popular military-inspired accessories today, they are not alone. The ever-popular aviator sunglasses sported by Tom Cruise in Top Gun were originally developed for actual pilots in 1936 by Bausch & Lomb. Although aviators have become somewhat of a fashion trend ever since they were first made, they remain the eyewear of choice for the U.S. military to this very day. Apart from watches and aviators, other military-inspired fashion accessories that remain popular today include cumberbands, scarves, neckties and dog tags.

The fashion world owes great thanks to the soldiers of the world for inspiring many top trends. While some trends undoubtedly have more staying power than others, those with a military connection always seem to evolve with the times.