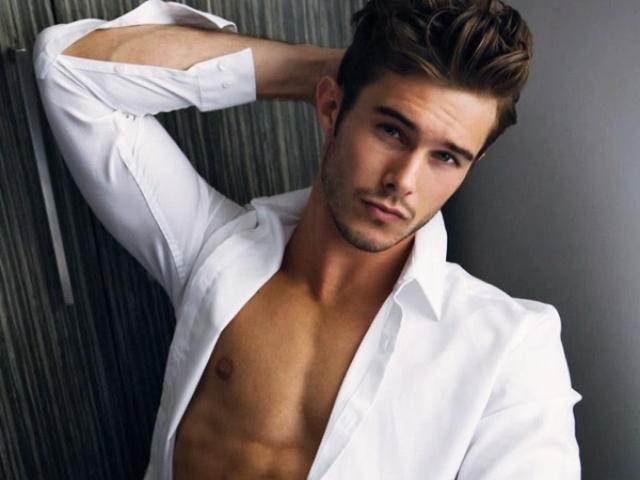 Let me tell you a secret! Though the title says “Cool Beard styles for teenagers”, you won’t be a teenager anymore if you have beard. You will be what every guys awaits to be and every lady wishes to fall for – you will be a MAN then! Gone are the era when guys took being called “Chocolate Boy” as a compliment.

And with these trending and cool beard styles for teenagers, you will be the elder and more influential one. No matter which part of the world you go to, you’ll find men keeping beard like never before. Beard is the latest on going trend, but not all beard styles suit different age groups. For teenagers, heavy beards are not an option. Not because it doesn’t make them look ‘cool’, but it makes them look old.

This regular stubble with a beard around the cheeks is one of most worn looks by men around the world. This look is easy to maintain and takes very less time to groom. Bald head fans may want these beard styles to flaunt epic style statement.

A Light Beard Without A Mustache

This look gets you a clean, light look. In this, the beard is mostly around the chin area, and no mustache is needed, so there won’t be any trouble to grow a mustache fast. Light beard is best for those boys who are getting admission in college. It will give them a strong look.

This look is opposite of light beard and is one of the cool beard styles for teenagers. This look is concentrated around the chin area and is connected with tips of a mustache. This look requires mustache but remember, unless you keep it trimmed, it will look like a total mess.

This style is for that teenager whose beard has started to grow out. This style is best when the growth is little and is only around the jawline and less on the chin area. The jawline looks shaded and healthier while the upper side of cheeks and chin looks relatively brighter.

If the growth of beard is not too much, and growth is relatively less then this is one cool beard style for teenagers. It needs the regular trimming, but the maintenance is less than other heavy beards. The mustache is also light. This style of beard is spread all over jaw. Cheek, chin area but it should not look like unkempt.